‘Would have been a step backwards’: Winnipeggers vote to keep Portage and Main closed

Voters were asked to mark “yes” or “no” in response to the question, “Do you support the opening of Portage and Main to pedestrian crossings?”

While the results of the plebiscite are non-binding, Brian Bowman, who was re-elected mayor, promised during the campaign that he would honour the result.

“I don’t think we’re saying ‘no’ to progress and improvements to our downtown. I think what Winnipeg didn’t approve of was the dramatic impacts it would have on our traffic,” Browaty said. “I think this would have been a step backwards.”

It would be difficult to win support for any public works project through a plebiscite, he said.

“I think we’ve raised a lot of issues, and … this issue isn’t going away, and I don’t think we’ll be going away, either,” Dooley said.

“At some point those barricades have to come down, when the intersection is repaired, and I think that there’ll be an opportunity to continue discussion. I just hope it isn’t by a plebiscite and I hope it’s not as divisive as this one has been.”

Dooley said he also hopes the new city council deals with some of the downtown traffic and accessibility issues identified during the campaign. 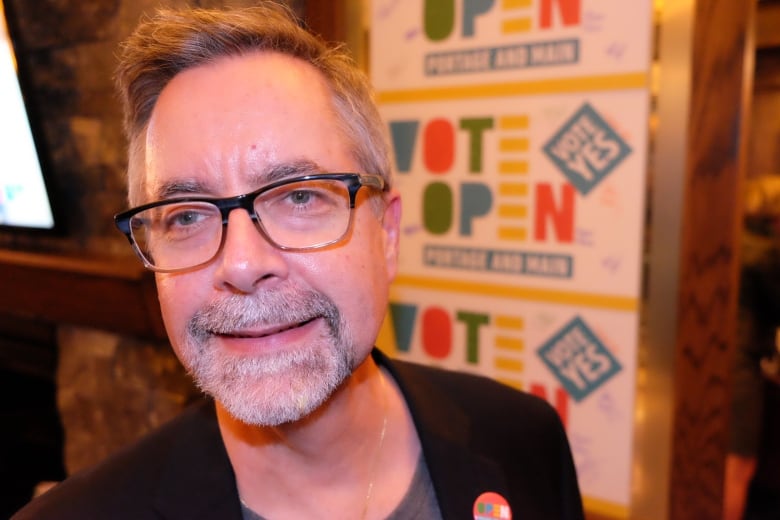 John Giavedoni, a Vote Open volunteer and a resident in the Exchange District, said the group fought an uphill battle and were disappointed with the result. (Holly Caruk/CBC)

John Giavedoni, executive director of the Residents of the Exchange District, also volunteered for Vote Open and was disappointed by the result, but said he’s not giving up.

“We knew it was a big hill to climb,” he said. “It’s very difficult to ask people to spend money for something that may delay their commute, in an area they might not even go to.”

‘The whole city got to vote’

People didn’t have enough information before this plebiscite, he said, and he expects when cost estimates to fix the concourse come out next year, council may take another look.

“I don’t blame this on the voters — this is on city council.”

Council approved the plebiscite question — the first in Winnipeg in 35 years — in July. 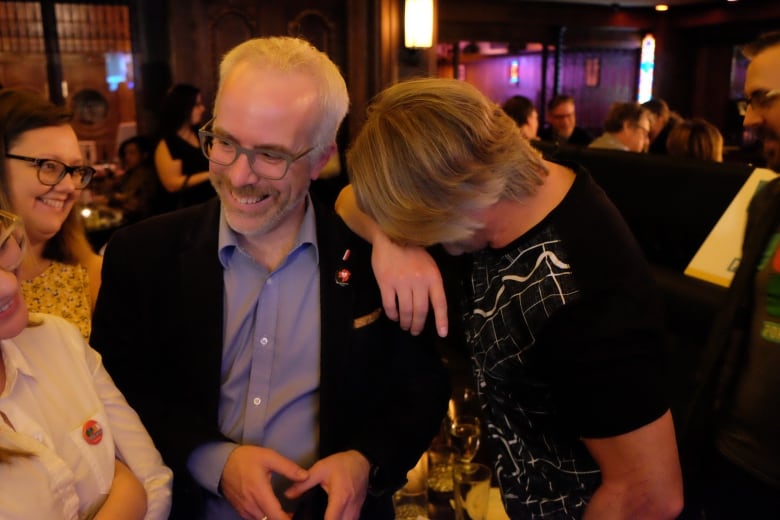 “When it comes to our downtown, I believe that all Winnipeggers have a stake in it,” Browaty said. “Public perception of Winnipeg, I think a lot of that comes from downtown.”

He cited developments in the Exchange, The Forks and True North Square.

“I don’t think Portage and Main needs to be open for our downtown to succeed.”

Reopening the intersection to pedestrians was part of Bowman’s successful 2014 mayoral campaign, but Browaty pushed for the plan to go to a vote.

‘Winnipeggers on both sides of the issue care passionately about our city,’ says Brian Bowman, who was re-elected as Winnipeg’s mayor on Oct. 24. 0:51

Motkaluk said the plan was nothing more than a vanity project for Bowman and the money could be better spent on other things.

Initially, reopening the intersection was projected to cost $11.6 million, including the cost of purchasing more buses to offset rush-hour transit delays.

Plebiscite results aside, the city will still go ahead with $2 million in repairs to the intersection.

The city said earlier this year that even with a “no” vote on reopening the intersection, the repairs, both above and below ground, could result in the removal of some of the concrete barricades. 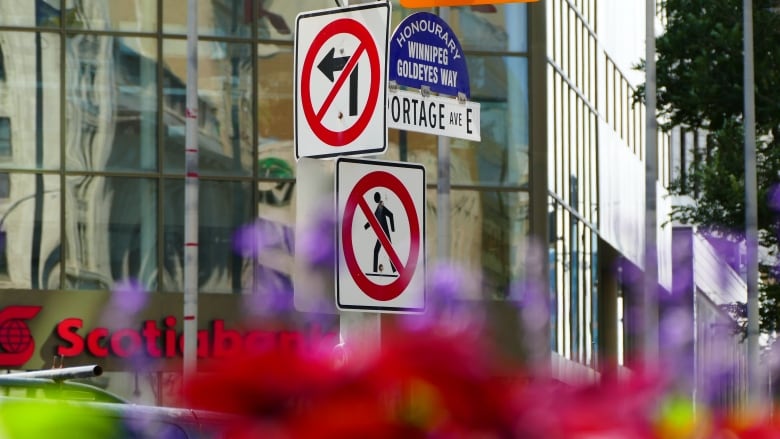 A CBC-commissioned Probe Research poll conducted in August found a majority of respondents — 67 per cent — opposed the idea of reopening the Portage and Main intersection. (Lyzaville Sale/CBC)

A CBC-commissioned Probe Research poll conducted in August suggested most people opposed reopening the intersection for three main reasons: concerns about traffic delays, costs and the potential for collisions between cars and pedestrians.

Those who said they wanted the intersection reopened cited concerns about accessibility for people in wheelchairs, the need to design downtown for pedestrians as well as cars, and concerns about safety in the underground concourse and stairwells.

After council approved putting the question on the ballot, a group of Winnipeggers started a Vote Open campaign and pushed for the removal of the barricades, saying reopening the intersection would help revitalize downtown.

​​With files from Bartley Kives and Holly Caruk.