The Americans aren’t being coy about the goal of renewed sanctions against the Islamic Republic of Iran.

“The Iranian regime has a choice: It can either do a 180-degree turn from its outlaw course of action and act like a normal country, or it can see its economy crumble,” U.S. Secretary of State Mike Pompeo told reporters this morning in Washington.

Today’s measures, which are aimed at Iranian banks, shipping firms and the country’s national airline, follow bans on currency exchange and the trading of gold and other metals last August. And the Trump administration has said that it ultimately intends to reduce Iran’s oil exports to “zero” as it seeks to force Tehran to further curb its missile and nuclear programs.

But will all that economic misery actually bring any change?

So far, all the signs point to no.

Iranian President Hassan Rouhani attends a meeting with finance ministry officials in Tehran on Monday. Iran greeted the re-imposition of U.S. sanctions with air defence drills and an acknowledgement from Rouhani that the nation faces a ‘war situation.’ (Iranian Presidency Office via AP)

Along with announcing the banking and shipping sanctions this morning, Washington granted exemptions to eight of the world’s biggest consumers of Iranian oil. It is allowing China, South Korea, Japan, India, Greece, Italy, Turkey and Taiwan to continue importing crude without fear of reprisal for at least 180 days.

Mike Pompeo said the move was designed to protect world supply and avoid market disruptions, pointing out that 20 countries have already stopped buying oil from Iran.

Yet oil continues to be the Islamic Republic’s biggest source of foreign revenue, with exports of more than 1.8 million barrels a day.

And it’s not clear how much more Washington can tighten the screws.

An ongoing trade war with China diminishes Trump’s leverage in Beijing. And Vladimir Putin has been a big proponent of the existing nuclear deal, dispatching a special envoy to Tehran this morning to underline Russia’s “unequivocal support” for the ruling clerics in the face of American “unilateralism.”

Meanwhile, the EU has been busy trying to insulate European businesses from threats of U.S. reprisals should they continue to trade with Iran. A “blocking statute” to nullify American legal actions was passed in early in August. And Brussels will soon create a financial workaround called a Special Purpose Vehicle that will allow payments between its corporations and Iran to entirely avoid the regular banking system. 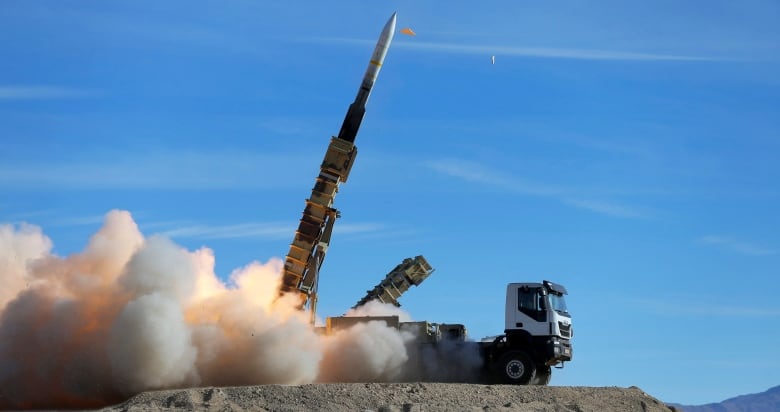 In this photo provided Monday by the Iranian Army, a Sayyad 2 missile is fired by the Talash air defence system during drills in an undisclosed location in Iran. (Iranian Army via AP)

Sanction-busting smuggling is already on the rise in Iran. As much as 40 million litres a day of gasoline and heating fuel is shipped across Iran’s borders and exchanged for cash, food and consumer goods.

In the end, the renewed U.S. measures are simply a return to what has been the norm in Iran since the 1979 revolution. And there isn’t much evidence that Washington’s big stick works.

The International Crisis Group, a D.C. think tank, compared 40 years of Iranian foreign policy with data on its economy. It found that the Islamic Republic is nothing if not resolute, “continuing to pursue policies it deems central to its national security no matter its degree of economic well-being at home.”

In other words, sanctions hurt, but they don’t change much.

Except in one key way — by making Iran exceptionally efficient in terms of what it gets in return for what it gives its allies and proxies.

A man holds Iranian rials at a currency exchange shop in Basra, Iraq, on Saturday, before the start of the U.S. sanctions on Tehran. (Essam al-Sudani/Reuters)

At the height of the last round of concerted international sanctions in 2012, Iran’s economy shrank by 7.7 per cent as inflation galloped and the rial became virtually worthless.

“Yet this period coincided with what many consider the most significant expansion of Iran’s military intervention in the region,” the ICC notes, as Tehran took advantage of the chaos in Syria and Iraq and forged new alliances throughout the Middle East.

Food for thought, perhaps, for the tough-talking Trump White House.

How deep is the political divide over  President Donald Trump? Check out Ohio’s 12 District, a traditional Republican stronghold where the midterm vote tomorrow could go either way, writes Rosemary Barton.

A couple of weeks back I headed off to Columbus, Ohio, and then took a short drive to a fairly middle-class suburb called Westerville.

It also happens to be Ohio’s 12 District, historically a mostly Republican area. In the last election Donald Trump won it handily by 11 points.

But in a special election held back in August, the Republican candidate only managed to squeak by with less than a 1-percentage-point victory.

So this district of Ohio seemed like a good place to try and understand an America that is so clearly divided. President Donald Trump speaks during a campaign rally on Oct. 31 in Estero, Fla., to help Republican candidates running in the upcoming midterm election. His speeches have tended to fire up supporters and inflame critics, but it’s their effect on more moderate voters that could swing the midterms. (Joe Raedle/Getty Images)

We got a room with a round table, set up our cameras, and based on the work of a very diligent producer and some researchers, assembled a group of local voters. Call it a curated focus group.

On one side of the table, three Trump supporters. On the other, three Trump critics. All of them strong in their beliefs, but all of them also willing to leave work or their personal commitments early to sit at a table and talk politics — with the help of a Canadian journalist to moderate.

None of them got paid or even had to be coaxed into doing it. They all seemed to want to talk about their views and their differences.

On immigration, the Trump critics said the President is stoking fears. One African-American woman told us his rhetoric has given people “permission” to be racist.

The Trump supporters told us the President had kept his promises, improved the economy, and made them feel proud of their country again.

But on one issue, the two sides agreed: The country is divided and it has to be repaired.

This is the America that is sometimes difficult to see at political rallies, or on TV screens where pundits are sniping at one another.

But this, too, is America — a group of decent people who are working hard to make their lives better and care so deeply about their country that they are willing to sit down and talk about it.

One of the pro-Trump voters said that in his day-to-day life he could easily avoid meeting anyone with different opinions than his, and would likely never have met those from across the table had it not been for The National bringing the two sides together.

None of them seemed to think things would be better after the midterm results on Tuesday, but all of them seemed to want improvements to happen. And even though we talked to them before the shooting at the synagogue and the attempted mail bombings of high-profile Americans, I’m certain that their desire to find some common ground would still be there now.

They are just regular people, hoping for something better, like so many Americans. Hope you enjoy watching and listening to them as much as I enjoyed meeting them. 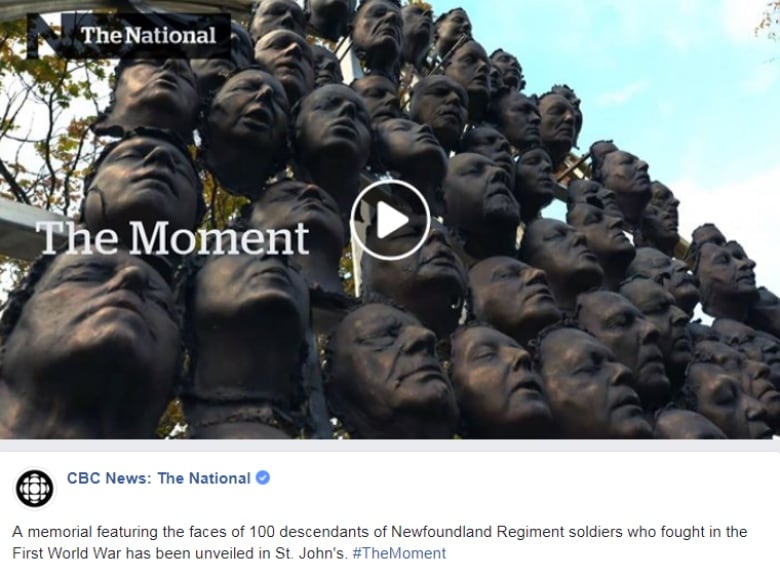 “It was a fantastic Olympics, and it was an underdog’s Olympics — the Jamaican bobsled team and myself.”

– Michael “Eddie the Eagle” Edwards, the sort-of-ski-jumper who found global fame at the 1988 Winter Games, upon his return to Calgary for a pro-2026-bid rally this afternoon. Just 30 years old and already four novels into his literary career, Mordecai Richler displays perhaps his greatest talent — getting up the nose of his fellow Canadians. “The truth is we want nothing so much as to be an American,” he says of his homeland, noting that anyone with artistic ambition is bound to leave, like him. The view from across the Atlantic in his London flat is of a “bland” country that he has happily left behind. Isn’t there anything he misses? “I like going to the bowling alleys,” says Richler. “And I find the golf courses amazing.”

“In Canada, nobody is ever overthrown because nobody gives a damn,” says Mordecai Richler of his “boring” home and native land. Excerpts from Mordechai Richler’s editorial: the Spectator, London. 13:32