The truth about teatoxes: Why health experts say this celeb-endorsed craze is unnecessary


It’s one of the latest celebrity-endorsed crazes sweeping social media: Teatoxing, the idea you can detoxify your body, reduce bloat, boost energy, burn stored fat and ultimately flatten your tummy — in part by drinking tea.

But according to Health Canada, the sale of some of these popular brands — with catchy names like FlatTummy Tea, BooTea and SkinnyMint— is not allowed in Canada because the products aren’t properly licensed here.

“Since those products are not registered as [natural health product numbers] … they should not be on the market in Canada,” said Health Canada spokesperson Maryse Durette.

Teatox kits typically include a morning and an evening tea blend, and consumers are instructed to drink a cup of each every day for seven, 14, 28 or 30 days. (Dave MacIntosh/CBC)

Marketplace ordered 10 of the most popular teatox kits online and had them shipped to a Canadian address. Three of the brands are Canadian, and the rest are based outside the country.

None of the teatox kits had a natural health product number and none are licensed to be sold in Canada.

After Marketplace reached out to Health Canada with questions about the kits we were able to purchase, the regulator says it is in the process of reviewing these products. Should it confirm any non-compliance, Health Canada says it “will take action.”

In addition to appearing to violate Health Canada’s rules, the effectiveness of “detoxifying” teas is in question. Nutritionists, dietitians and doctors have repeatedly warned that the need to help your body detoxify is a myth.

That makes detox strategies — and products like teatoxes — unnecessary.

“Detoxing is one in a long line of theories that are created to produce fear and feelings of inadequacy in order to drive people’s behaviour, often toward purchasing a product,” said Dr. Eric Cadesky, a family physician in Vancouver and president of Doctors of BC.

There’s a lot of social media buzz about teatoxes, but doctors and dietitians say that the need to help your body detoxify is a myth. We boil down the science and find that people using some teatoxes may just be flushing their bowels, and we spotlight an ingredient in some teatoxes that experts warn you should watch out for. 3:22

Over many years of evolution, our kidneys and our livers have reached the point where they do all the detoxing for us, he said. If you are interested in helping your body along, Cadesky recommends spending your money on fresh, colourful foods and staying hydrated.

Rhiannon Lambert, a U.K.-based nutritionist specializing in eating disorders and obesity, also disputes the claims that teatoxing can flatten your stomach and assist in weight loss.

“Weight loss from laxatives may also [come] down to dehydration, not fat loss,” said Lambert. “Realistically, the only thing that will be lost when purchasing these products is money.”

Natural laxatives in many evening teas

Teatox kits typically include a morning and an evening tea blend, and consumers are instructed to drink a cup of each every day for seven, 14, 28 or 30 days.

Ingredients you’d find on grocery store shelves, like peppermint, ginger and lemongrass are often in the morning teas, but many also include a natural diuretic of some kind, like dandelion, and have energy-boosting ingredients like green tea and caffeine. Evening teas can also include a diuretic, but most commonly they have leaves or roots that are natural laxatives.

Senna leaf, also known as cassia seed, is the most common ingredient found in the evening teas purchased by Marketplace. Its use concerns both health regulators and dietitians. 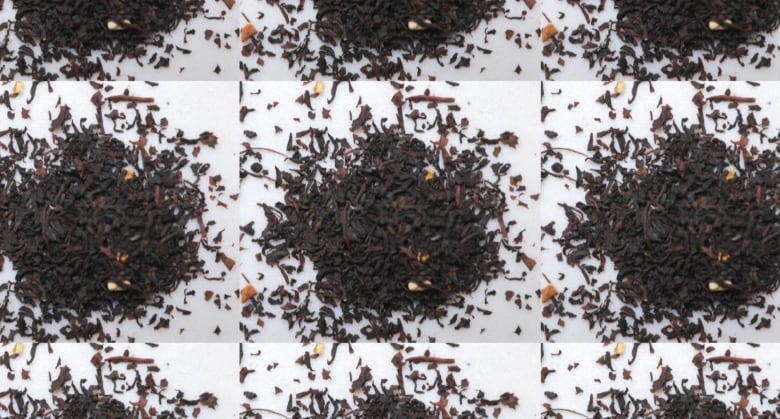 Some medical groups warn that detox teas containing senna may have a laxative effect, which can lead to vomiting and diarrhea — and impact the body’s ability to absorb medications, including birth control. (CBC)

Health Canada and the U.S. Food and Drug Administration both warn against taking senna for longer than seven days.

The reason is that your body can develop a dependency on senna, said registered dietitian Christy Brissette. “There’s potential that your body won’t be able to have a bowel movement without it, which is pretty scary,” she said.

Senna stimulates your intestines and causes contractions. In addition to sending you running to the bathroom, Brissette warns senna can cause diarrhea and stomach cramps, though reactions vary depending on the person.

“It’s actually really not a pleasant experience. You feel like you’re seizing up. And it causes you to have really loose stools,” Brissette said.

Some of the teatox brands mention senna’s side effects on their websites or packaging, but few warn about the risks associated with long-term use.

Health Canada’s rules regarding the use of senna are explicitly clear, says Durette.

“Every product containing senna sold in or imported to Canada must have an NHPN [natural health product number] or a DIN [drug information number].”

If a tea is not registered as a natural health product, Health Canada considers it a food product — and senna is not an approved ingredient for any food in Canada.

There are teas containing senna sold in Canada that are licensed as natural health products. But nine of the 10 teatox kits ordered byMarketplace contained senna or cassia seed, and none were registered with Health Canada.

The U.K.’s Royal College of Obstetricians and Gynecologists has warned that detox teas containing senna may have a laxative effect, which can lead to vomiting and diarrhea. That can impact the body’s ability to absorb medications, it says, including birth control pills.

Women who are taking laxatives and experience these symptoms should “use additional contraception while ill and for two days after recovering,” according to the college.

Even if people don’t experience vomiting or diarrhea, the U.S. National Library of Medicine says senna can decrease the effectiveness of some birth controls that include a form of estrogen called ethinyl estradiol.

Six of the nine tea products containing senna or cassia that Marketplace ordered had warnings on their websites that the effectiveness of contraception could be impacted.

Of the three Canadian products Marketplace purchased, two had senna listed as an ingredient: Tease and Skinny Teatox. Neither responded to Marketplace‘s repeated requests for information.

The third Canadian product, Victoria-based Purgo Tea, does not list senna on its package, but it does list cassia seed. In emails to Marketplace, the company said it promotes “positive daily habits and [a] healthy lifestyle.”

The company also said their teas are “intended to help [complement] your health and wellness goals.”

BooTea, Flat Tummy Tea Co., SkinnyMint, Teami and Detox Skinny Herb Tea all list senna as an ingredient in their evening tea, but none responded to requests for comment.

FitTea was the only brand that doesn’t contain senna or cassia seed. It lists sencha green tea, rooibos and garcinia cambogia as its lead ingredients. The company also didn’t respond to Marketplace’s emails.

But Cadesky warns that effective marketing does not mean effective products. “That’s why it’s so important that people listen to their bodies and talk with their doctors,” he said.

Health Canada said it has been seeing an influx of complaints over web-based products and that policing them is a challenge.

“People will buy a lot of stuff on the web,” said Durette. “And we keep on saying be careful, it might not be approved in Canada.”