The House: Courting China on trade and human rights

By: News
In: News, Radio/The House
With: 0 Comments

Canada’s ambassador to China says a trade pact with Canada likely won’t be reached until the global superpower makes some changes.

John McCallum says most of the work he is doing in Beijing right now is focused on bridging policy gaps between Canada and China on agricultural market access, wages and gender equity, and on addressing issues with the Asian nation’s human rights record.

“We are doing our best to persuade China to behave in what we would regard as the more reasonable way,” McCallum told Chris Hall, host of The House.

Prime Minister Justin Trudeau and members of his cabinet spent time in China in December working toward a free trade agreement, but left empty-handed.

But those efforts alone won’t be enough to make a deal, McCallum said.

The meetings next month should be treated as “building blocks,” he said, because even though Canada wants an agreement, it needs to see improvements in China’s human rights record before signing any papers.

McCallum added there’s potential in the future for China to join the soon-to-be-ratified Comprehensive and Progressive Agreement for Trans-Pacific Partnership (CPTPP) trade deal.

Canada’s ambassador to China says a trade pact with Canada likely won’t be reached until China caves on certain controversial policies.”We are doing our best to persuade China to behave in what we would regard as the more reasonable way,” John McCallum tells Chris Hall. 11:25

On the cusp of CPTPP

On the trade watch, New Zealand is predicting the CPTPP will hit an important milestone on the road to opening up a bloc that does more than $425 billion in trade each year.

The agreement comes into force 60 days after six of the 11 signatories have completed the ratification process.

Canada is about to formally ratify the deal after the bill making that possible received royal assent this week.

New Zealand, Mexico, Japan and Singapore already have ratified the deal and Australia is expected to move forward next week, hitting that magic number.

“If I could just push back a wee bit on Canada, you know it’s only this year through the CPTPP that we’ve had a decent trade relationship with Canada despite being a Five Eyes partner with Canada,” he said, citing the ‘Five Eyes’ intelligence partnership that also includes Australia, the United Kingdom and the United States

In an era of increasing protectionism, Parker called the deal “an incredibly important agreement in the world.”

“Even before these current problems with the [World Trade Organization]  the relative importance of it is an agreement between countries that they’re not going to prejudice unfairly,” he said.

Canada has cleared the last legislative hurdle involved in implementing the Comprehensive and Progressive Agreement for Trans-Pacific Partnership (CPTPP) trade deal. What comes next? New Zealand Trade Minister David Parker joins us in studio to talk trade and reforming the WTO. 9:16 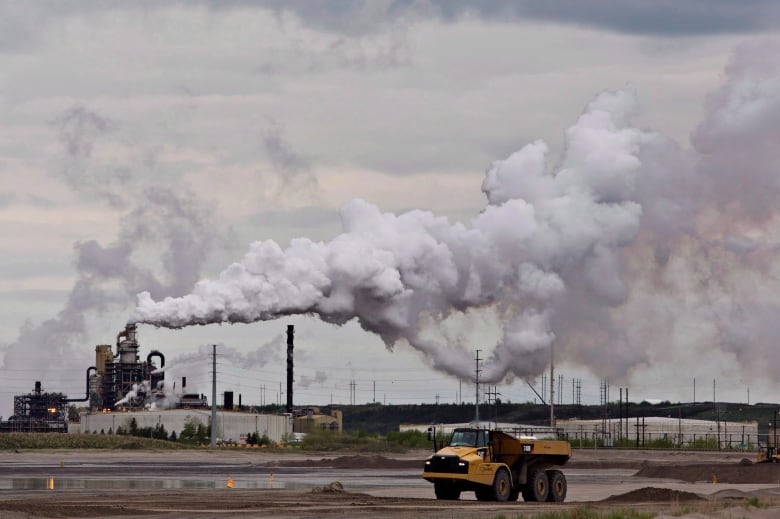 A dump truck works near the Syncrude oil sands extraction facility near the city of Fort McMurray, Alta., on June 1, 2014. This week Canadians found out how they will be compensated for the upcoming federal carbon tax. (Jason Franson/Canadian Press)

Ontario is sticking to its carbon price fight, even in the wake of the federal government’s offer of rebates for Canadians.

The province’s Progressive Conservative government has been staunchly opposed to the tax since it took power in June.

Provincial Environment Minister Rod Phillips told The House his government can’t get behind a plan it “sincerely believe(s) it isn’t necessary and won’t work.”

When the carbon pricing plan was announced, the Trudeau Liberals gave the provinces until September to submit climate plans of their own for Ottawa’s approval. Ontario, Saskatchewan, New Brunswick and Manitoba didn’t meet the standard set by the federal government.

Ottawa’s carbon pricing strategy comes with a tonic for some residents in Phillips’ province — an average credit of $300 a year for households in Ontario.

Phillips says if you give a monetary incentive, there’s no reason for people to pollute less.

“I think the logic of their argument has kind of fallen in (on) itself.”

The Ontario government of Premier Doug Ford is set to release its climate plan in the next month, and Phillips said it’s committed to addressing climate change — even if a carbon tax isn’t in the cards.

Residents in Ontario will get a rebate next year to offset the sting of the carbon tax the province is imposing on that province (and others). We’ll hear why Ontario Environment Minister Rod Phillips doesn’t think it’ll curb behaviours. 9:19

How partisanship can breed anger and violence 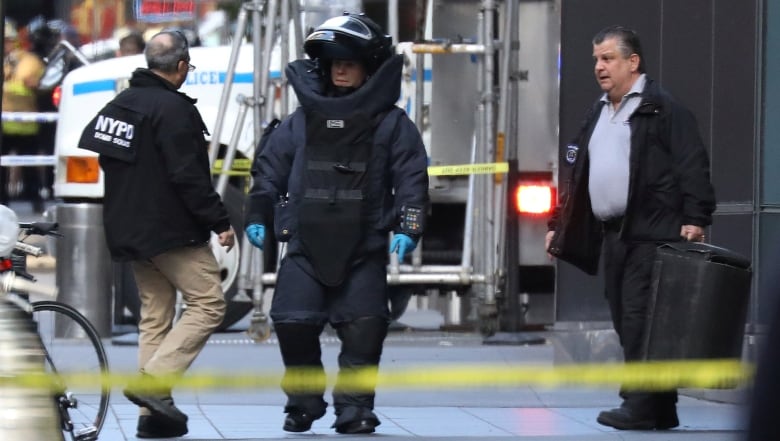 A member of the New York Police Department bomb squad is pictured outside the Time Warner Center in the Manahattan borough of New York City after a suspicious package was found inside the CNN Headquarters in New York, U.S., October 24, 2018. (Kevin Coombs/Reuters)

Encouraging citizens to hate people of other political stripes could have devastating implications for democracy, according to an expert.

“Incivility has the ability to induce anger,” Bryan Gervais, a political science professor at the University of Texas at San Antonio, told The House.

Personal attacks have been a popular tool in politics since long before Trump took power — but now, said Gervais, social media is making their rage-inducing influence almost inescapable.

“I think Donald Trump is just one symptom of a larger problem.”

Though this white-hot rhetoric seems to be endemic in the U.S., Gervais warned that no nation is immune — not even Canada.

What happens to democracy when partisanship turns violent? We talk to political science professor Bryan Gervais about his research into political incivility. 5:22
2018-10-27
Previous Post: Who’s rating doctors on RateMDs? The invisible hand of ‘reputation management’
Next Post: Active shooter in area of Pittsburgh synagogue, officials say