An internal Transport Canada investigation into a fatal crash in 2001 concluded that coach buses without seatbelts may put passengers at “unnecessary risk” of injuries, yet the document was kept hidden for years until The Fifth Estate recently uncovered it using the Access to Information Act.

Instead, the federal regulatory department continued to insist publicly that seatbelts were not necessary in coach buses.

The 61-page report outlines how four children were killed in a coach bus rollover in Sussex, N.B., while en route to a music festival in Halifax from Boston in April 2001. It says that if the children had been wearing seatbelts, “they would not have been ejected” from the vehicle.

Elaine Alpert, whose son Stephen died in that crash, said she is disturbed to learn that Transport Canada did not immediately make seatbelts mandatory in 2001 after the federal regulatory department reached their conclusions.

“I didn’t know this existed,” Alpert said when contacted by The Fifth Estate and provided a copy of the internal document. “Why didn’t they act on it?”

Elaine Alpert, whose son Steve Glidden was killed in a coach bus crash in 2001, examines the report of an investigation conducted by Transport Canada into the crash. (Doug Husby/CBC)

Alpert, of Vancouver, said not only should coach buses have been equipped with seatbelts long ago, but their use should also have been enforced.

“My heart breaks for the families in Humboldt because if that were the case, there would not have been 16 fatalities,” she said.

A coach bus carrying members of the Humboldt Broncos hockey team collided with a semi-truck while en route to Nipawin, Sask., on April 6, 2018. In addition to the fatalities, 13 passengers were injured. Everyone was ejected from the bus.

The internal Transport Canada document was obtained as part of a five-month Fifth Estate investigation into school bus and coach bus safety in Canada. The research reveals a pattern of secrecy within the department about what it really knew about how seatbelts prevent injuries and fatalities on buses.

Last month, The Fifth Estate revealed another internal Transport Canada study from 2010 that was also not publicly released. It concluded that school buses “failed” safety tests and did not do enough to prevent “serious injuries.”

During the last two decades, there have been thousands of injuries and dozens of deaths on both coach buses and school buses in Canada.

In 2014, after several passengers were seriously injured in a bus crash on the Coquihalla Highway in British Columbia, an industry executive warned federal Transport Minister Lisa Raitt that “it is only a matter of time before there is another fatal incident.”

In a letter obtained by The Fifth Estate, Doug Switzer, president of Motor Coach Canada, raised concerns that Transport Canada had still not made seatbelts mandatory despite his efforts personally lobbying for them since 2008. 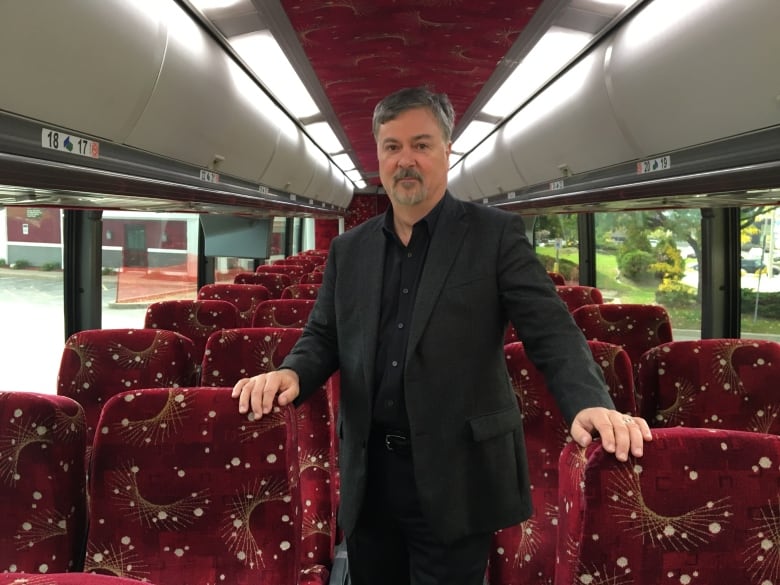 In his letter dated Aug. 29, 2014, Switzer wrote that he hoped the government would “finally move forward” on this “extremely important safety issue.”

Raitt, now the Conservative deputy leader, told The Fifth Estate that after receiving that letter, she took it up with officials at Transport Canada. She said they advised her that it “takes a long time to get regulations going.”

“Departments have to be encouraged to do things quicker.”

Raitt said she sympathizes with Alpert’s argument that if the regulatory department had mandated seatbelts 20 years ago, and if bus passengers were required to wear them, numerous injuries and deaths in Canada would have been prevented.

“I can’t disagree with that at all,” she told The Fifth Estate‘s Bob McKeown.

Waiting for the U.S.

Switzer said that for years the Canadian government had been waiting for the United States to establish a law around seatbelts on coach buses. The idea was to ensure that coach buses traveling across the border would adhere to the same equipment standards.

Switzer said he was told that Transport Canada would “pretty much just copy” the American rules once they were implemented.

That process, however, dragged on for years, and Canadian bus passengers continued to ride on coach buses without a federal seatbelt requirement. During that period from 2008 to 2014, Transport Canada figures show there were at least 550 injuries in coach bus collisions across the country.

Today, Raitt said the federal government’s policy of waiting for the U.S. to act first was “inappropriate.” 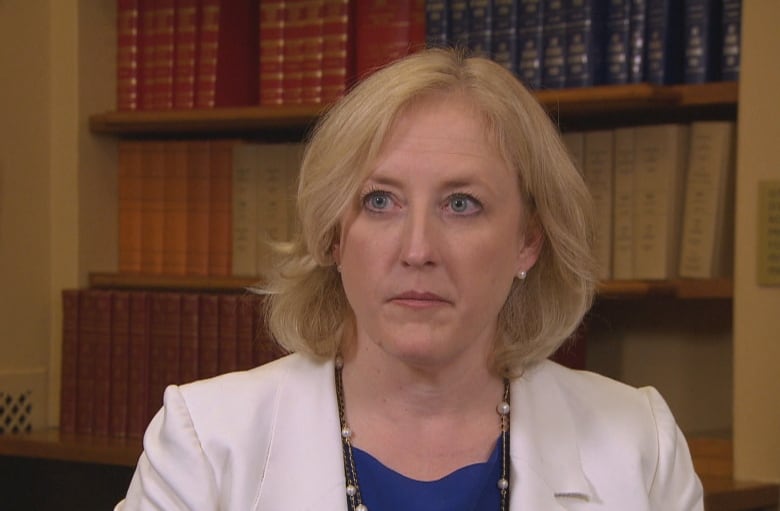 Lisa Raitt, a former federal transport minister, says the federal government’s policy of waiting for the U.S. to act first on the issue of seatbelts in coach buses was ‘inappropriate.’ (John Badcock/CBC)

Switzer said he was even more surprised that the new Liberal government didn’t act sooner — even after the U.S. passed its regulations in 2016.

“If the policy all along was to cut, copy and paste … from the U.S. regulation, I’m not sure why we were still studying theirs,” Switzer said. “Up until the Humboldt accident, that was still the answer.”

In th aftermath of the Humboldt tragedy, federal Transport Minister Marc Garneau said he would make seatbelts a requirement on new coach buses by September 2020.

“We’ve all heard the message to buckle up over the years, and I think it’s time we brought this approach to highway buses, too,” Garneau said in a media release at the time. “By having seatbelts on highway buses, we can help reduce injuries in severe collisions, such as rollovers, and improve safety for everyone.”

Why not do it now?

For families of the Humboldt Broncos, that admission by the federal government — that seatbelts save lives in severe collisions — comes far too late for those who died in the bus crash. And they don’t know why the seatbelt law is going to take another two years to implement.

“I don’t know why we have to wait,” said Chris Joseph, whose son Jaxon Joseph died in the Humboldt crash. “I just hope and pray that nothing else happens before then.”

When the federal government first proposed seatbelt regulation in the Canada Gazette in March 2017, it indicated it was also waiting for its provincial counterparts.

“Several provinces expressed general support for the proposal, but noted that they would need to review their current seatbelt requirements and consult with industry,” the Gazette article said. 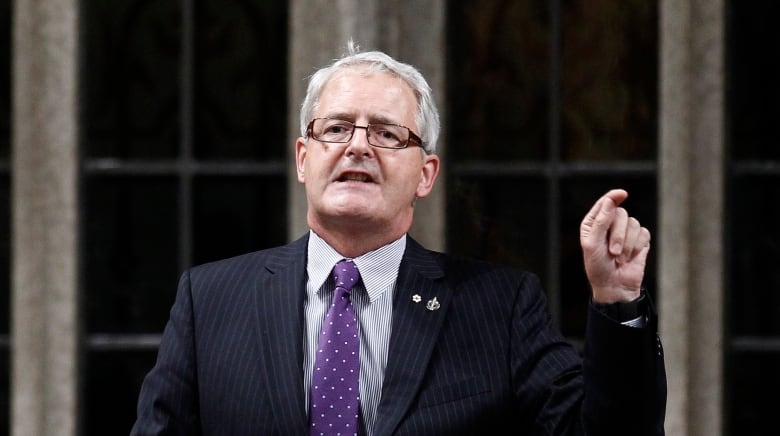 In Canada, the federal government mandates safety equipment in buses. The provinces are responsible for enforcing its use.

The provinces and the federal government were still studying those proposals at the time of the Humboldt Broncos bus crash.

Yet that government study from 2001 shows the federal transportation regulatory department will have waited nearly two decades before acting on what it already knew would protect passengers from injuries and fatalities.

That Transport Canada report, obtained by The Fifth Estate, details exactly what happened that day in 2001 when four middle school children on the trip from Boston to Halifax were killed after their coach bus rolled over while taking a sharp turn off the highway.

The report concluded that coach buses without seatbelts “may be placing occupants at an unnecessary risk of injury during a collision.”

All four children were ejected from the bus after a window came loose.

Watch a reconstruction animation of students ejected from a bus.

In this reconstruction animation, RCMP show how students on a coach bus were ejected after the bus rolled on its side near Sussex, N.B. in 2001. 0:24

“The failure of a large tour bus window can result in a significant risk of ejection for unbelted occupants, particularly during rollover events,” the report said. “None of the seating positions, from which the fatally injured occupants were ejected, were equipped with seatbelts.”

Families of those killed and injured in the Humboldt Broncos crash say enforcing use of seatbelts is as important as requiring them. The charter bus company involved in the crash had already installed seatbelts without a federal rule, but none of the players were wearing one.

“You might get a little pushback but I think eventually like helmets on bicycles, like anything, people would start to accept it as the norm,” said Chris Joseph. 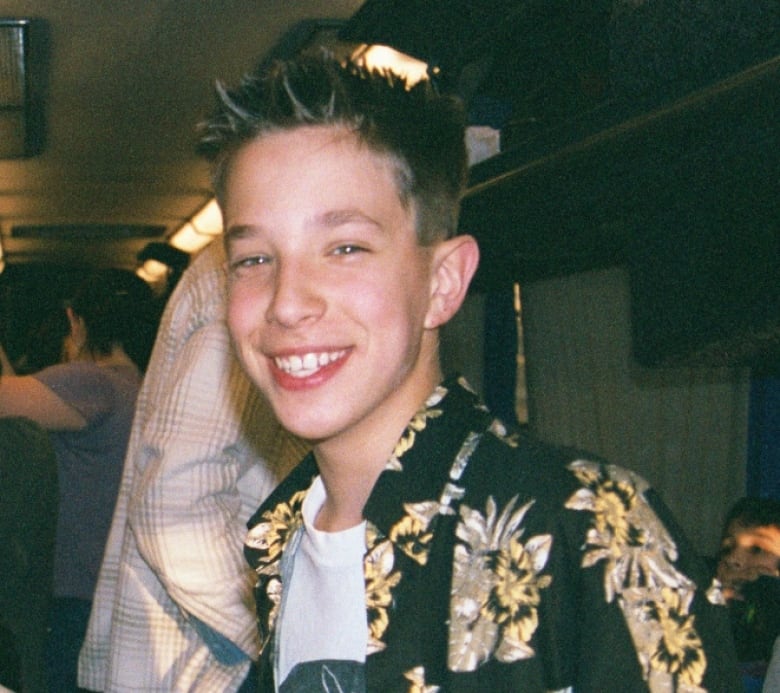 Steve Glidden was 12 years old when he died in a coach bus crash in Sussex, N.B., in 2001. (Submitted by Elaine Alpert)

Canada is far behind numerous countries that have had seatbelt legislation for decades.

In countries like Norway, for example, bus drivers are not permitted to start their trip until all passengers are buckled up. Trips begin with a safety video warning passengers to wear their seatbelts. There also spot checks and fines to enforce their use.

Urging others to buckle up

The families of the Humboldt victims aren’t waiting for Ottawa or the provinces to act.

Today, Chris Joseph is part of the #BuckleUpFortheBroncos campaign to convince Canadians to use their seatbelts on coach buses. 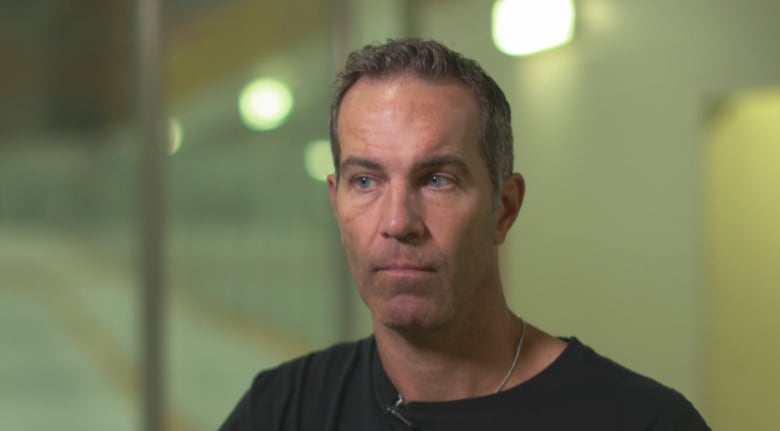 The idea has spread, as hockey teams across the country post pictures on social media urging others to buckle up, too.

Joseph said he believes bus companies and operators have to start taking some responsibility as well.

“That would come from the companies and the drivers would have to enforce it.”

In Ottawa last week, Garneau told The Fifth Estate that he undertook a review of bus safety after he became federal transport minister.

“One of the things that transpired was that in 2017 is we decided to examine the issue of seatbelts in medium- and large-sized coaches,” he said.

“I can tell you that safety is my No. 1 priority.”

The new rules, which will take effect in 2020, will not require any current buses to be retrofitted with seatbelts.

For tips on this topic, please contact Kimberly.Ivany@cbc.ca or Harvey.Cashore@cbc.ca or call 416-526-4704.