In the quest for cleaner fuels, a scientist turns to Tim Hortons coffee grounds


When chemical engineer Sophia He was recruited to Dalhousie University’s agriculture school five years ago, she began to brainstorm with local farmers about how leftover organic material could be turned into useful products.

One day, she got a call from one of them wondering about used coffee grounds. So she dispatched a student to a local Tim Hortons in Bible Hill, N.S., where inquisitive staff sorted through their compost waste and handed some over.

So began a research effort aimed at taking the waste product of a must-have staple for many Canadians and turning it into a fuel that could help power their cars.

“We think this is a very important waste stream, but it’s under-evaluated and it’s underutilized,” He said in an interview in her lab.

The associate professor is part of a larger push in Canada, and elsewhere in the world, to create more environmentally friendly fuels from “biomass waste” — everything from kitchen scraps to sawdust.

Ethanol, a biofuel largely made from corn and wheat, now accounts for about six per cent of gasoline content in Canada. But as demand for alternatives to fossil fuels rises, there’s an attempt to add more novel sources to the biofuel mix.

“There’s going to be a limit at some point to how much you can pull out of agriculture,” according to Ian Thompson, president of the industry advocacy group Advanced Biofuels Canada.

It’s not outrageous to think that coffee grounds can help power vehicles. For instance, the British firm bio-bean, in concert with oil giant Shell, last year started providing such fuel to London’s transportation system, albeit only enough to power the equivalent of a single bus for a year.

In the world of biomass waste, coffee grounds have a leg up, according to He. For one, they are already a “beautiful particle size” that unlike other feedstocks don’t need to be ground down, she said. They also contain about 15 per cent oil, which can be easily extracted.

What to do with what remains is more tricky, He said. She uses a hydrothermal liquefaction reactor in her lab, essentially a pressure cooker that turns the residue into a crude oil, one that still needs more refining before it can be used.

“It’s really doable. The only barrier is cost,” she said. 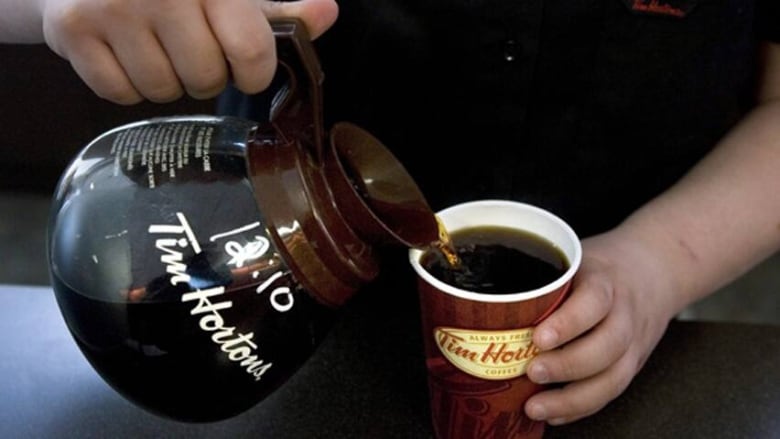 Bringing the costs of producing fuel from biomass waste down to a level near fossil fuels is one of the challenges. Another issue is trying to “scale-up” — the process of going from the test-tube level in the laboratory to a rugged industrial technology.

The chemistry and thermodynamics involving high volumes are different than with small amounts, Thompson said. And the new types of biomass waste being tried also tend to have more contaminants.

Still, companies converting waste into fuel are popping up across the country, he said. Some use residue from the forest industry, or the stalks and leaves left over from the corn harvest. Some are highly efficient, Thompson said, making them low-carbon intensity.

“There’s a remarkable number of projects that are out there doing it,” he said. “It’s a pretty exciting time in that regard.”

Sophia He has been aided along in her research by plenty of local interest. She’s helped one farmer use old cooking oil to fuel his equipment. On a recent day, another farmer stopped by her office to discuss what she might be able to do with chicken feathers.

One local businessman, Martin Trainor, said he has even helped fund part of her research out of his own pocket. Like many, he’s concerned about the environment.

But he also notes the costs associated with trucking away the thousands of kilograms a year of water-laden coffee grounds that can come from a single coffee shop, and then paying tipping fees at the local municipal compost site.

“Every coffee shop, every McDonald’s, everybody has the same issue,” he said. “It’s a waste product, organic waste product for the most part. And what do we do with it?”

2018-11-03
Previous Post: Why a Toronto-area school board can’t force out a trustee accused of racism and xenophobia
Next Post: Usain Bolt stays positive after pro soccer deal falls through