That’s the lesson that Theresa May is being handed as her hopes for a breakthrough in the search for a negotiated British exit from the European Union are dashed again.

A proposed compromise over the thorny issue of how to deal with the border between the Republic of Ireland and Northern Ireland unravelled this past weekend, leaving the British Prime Minister to make yet another appeal to her counterparts for some help and understanding.

British Prime Minister Theresa May, left, hugs Jean-Claude Juncker, President of the European Commission, in Brussels on Wednesday ahead of a meeting about the terms of Britain’s divorce from the EU. (Francisco Seco/Associated Press)

May projected some optimism as she arrived in Brussels today for an EU leaders’ summit, saying she believes a deal “is achievable” by “working intensively and closely.”

But pessimism is spreading as the talks drag on with no sign of a breakthrough.

This morning in Berlin, Angela Merkel finally acknowledged that Germany is now preparing for a no-deal scenario.

“Both sides have shown goodwill and willingness to compromise,” Merkel said. “Unfortunately, there’s been no deal on the question of the border between Ireland and Northern Ireland. The devil is in the details.”

Speaking in the Bundestag before heading off to Brussels, the German Chancellor maintained that there is still “the chance” to reach a “good and sustainable” withdrawal agreement. Then in the next breath, she mentioned new customs duties and the pressing need to figure out what to do with the 100,000 British citizens currently living and working in her country. 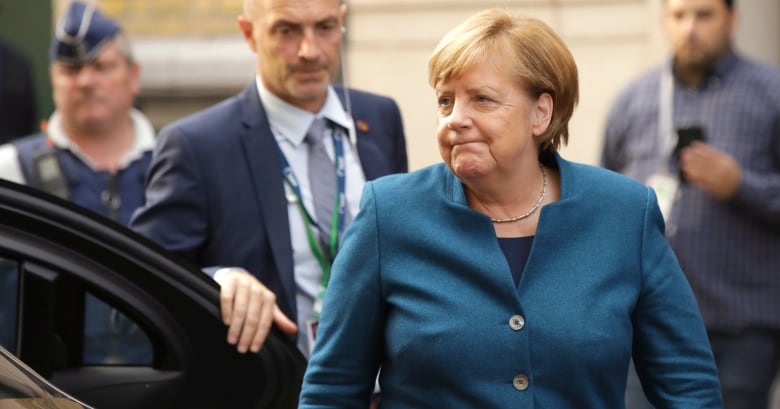 German Chancellor Angela Merkel arrives for a meeting of the European People’s Party in Brussels on Wednesday. She says Germany is preparing for a Brexit scenario where the EU and Britain can’t reach an agreement by the deadline. (Olivier Matthys/Associated Press)

A no-exit-Brexit will have real consequences, she warned.

Also this morning, the French senate published a detailed draft of new legislation that will be adopted in the event of a hard British break from the EU.

The bill suggests that British tourists and business travellers might be required to obtain visas to enter France, and that U.K. citizens who already live in the country will need to apply for residency and work permits. It also proposes new customs regulations and checks on goods, passengers and animals coming into the country.

Oddly, the prospect of new rules for pets seemed to raise the most concern in London, with Michael Gove, the Secretary of State for Environment, Food and Rural Affairs, warning Brits to make “absolutely certain” to take their dogs and cats to the vet for vaccination updates by November if they plan to take Fluffy or Rover along to the continent for Easter vacation. 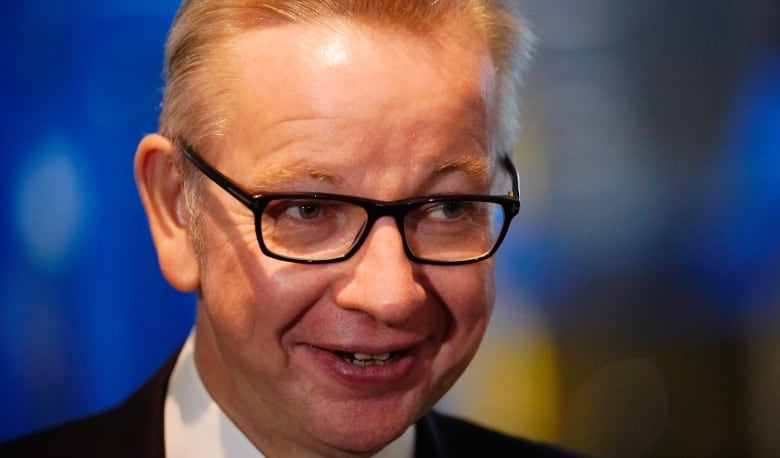 Britain’s Secretary of State for Environment, Food and Rural Affairs, Michael Gove, warned Brits that they must get veterinary certificates of health approved very soon if they plan to take their pets with them on trips to EU countries right after the Brexit deadline. (Christopher Furlong/Getty Images)

Britain will exit the EU this coming March 29 — with or without an agreement. May had hoped to clinch a deal in time for today’s summit, but is now talking about another meeting in November or December.

Some European leaders are suggesting that the “transition period,” now scheduled to run through the end of 2020, could be extended another year as the search continues for an “alternative solution.”

That’s not an enticing prospect for a British leader who is barely holding her Conservative Party together through the already-protracted negotiations.

If there is a bright spot for May, it comes in the form a letter sent to the U.S. Congress yesterday by Robert Lighthizer, the Trump administration’s trade representative. The letter formalizes the president’s pledge to seek a new free trade deal with the U.K. after Brexit.

But that process promises to be no kinder than the EU negotiations.

Lighthizer’s note makes it clear that Britain will need to scrap its “unjustified” food and agricultural health standards before any agreement can be reached.

Instead, the Americans want the U.K. to adopt their own existing rules, which allow trace amount of bugs, mould, rodent hairs and animal feces in foodstuffs.

The New York bureau’s Steven D’Souza has been investigating what’s being done to counter “fake news” around U.S. elections, and he discovered some disturbing issues in the runup to the November midterms.

I began my story looking at social media manipulation ahead of November’s midterms by trying to answer a simple question: Is America better prepared this time around?

I sought the answer from a wide group of people, from average folks turned amateur online sleuths, to academics, to former government officials.

There was a lot of disagreement on everything from Russia’s current strategies, to the definition of what constitutes a “Bot.” One thing everyone did agree on, however, was that while there is more general awareness that social media is fraught with manipulation, we may not be better prepared to deal with it.

Some experts I spoke with described the problem of disinformation and fake news like whack-a-mole — stop one account or take down one page, and another pops up.

Others called it a cat-and-mouse game, with platforms trying to keep up with a mysterious and elusive enemy. 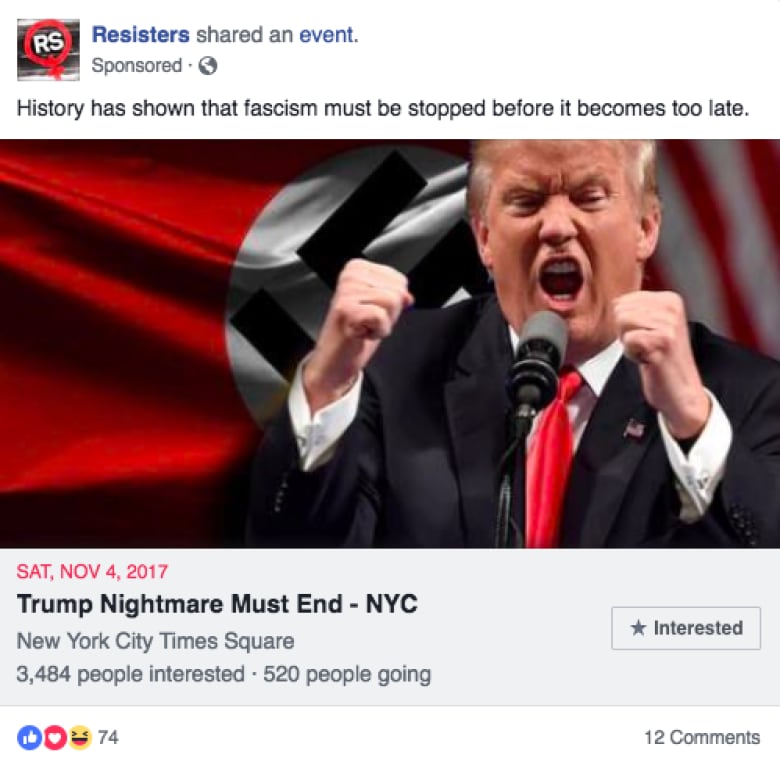 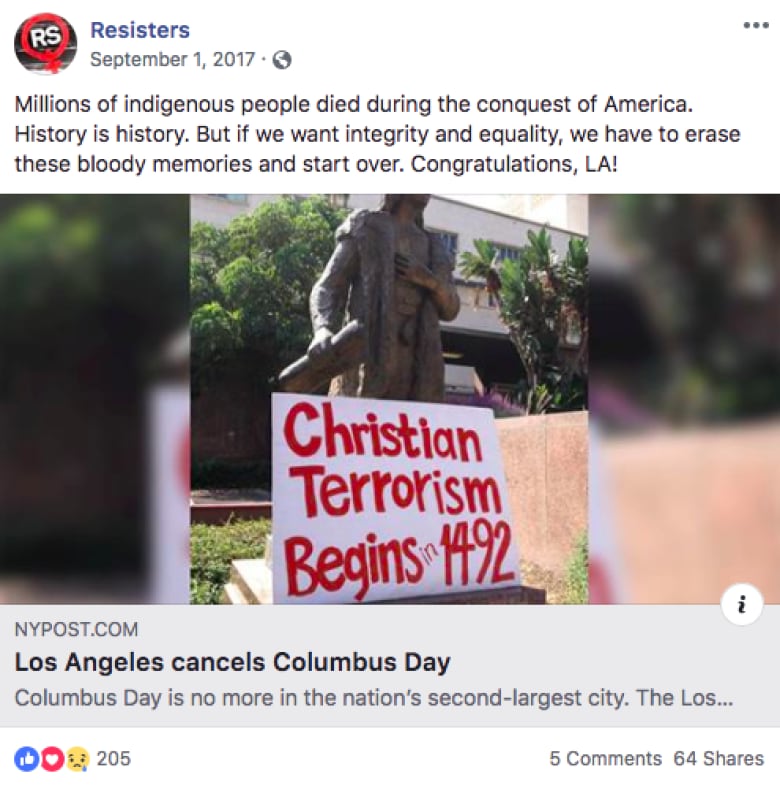 Two of the 32 pages Facebook removed in July for what it called ‘coordinated inauthentic behaviour.’ Facebook says it doesn’t know who is behind the pages, but adds that they were misleading. (Facebook)

Adding to the challenge is the fact that domestic political campaigns are now increasingly employing tactics the Russians used to great effect during the presidential election campaign.

But perhaps the biggest obstacle to stopping the spread of fake news is us.

Experts have pointed out that many of these online influence campaigns don’t have to create new divisions in society, they simply exploit what’s already there.

One woman told me about a Colombian hacker who worked to influence elections in Latin America. She said his biggest insight was that voters are more likely to trust what they believe to be spontaneous expressions from other people than what’s said by the media and politicians.

And as one expert said, part of the reason social media manipulation is so effective is because it evokes emotion. Even after the information is proven false, the emotions of surprise, anger and disgust linger and infect public discourse.

As kids, our parents always warned us not to talk to strangers. In the age of social media, it’s helpful to remember those strangers could be lurking behind every tweet and every Facebook post.

A drug dealer’s feelings about legalization. 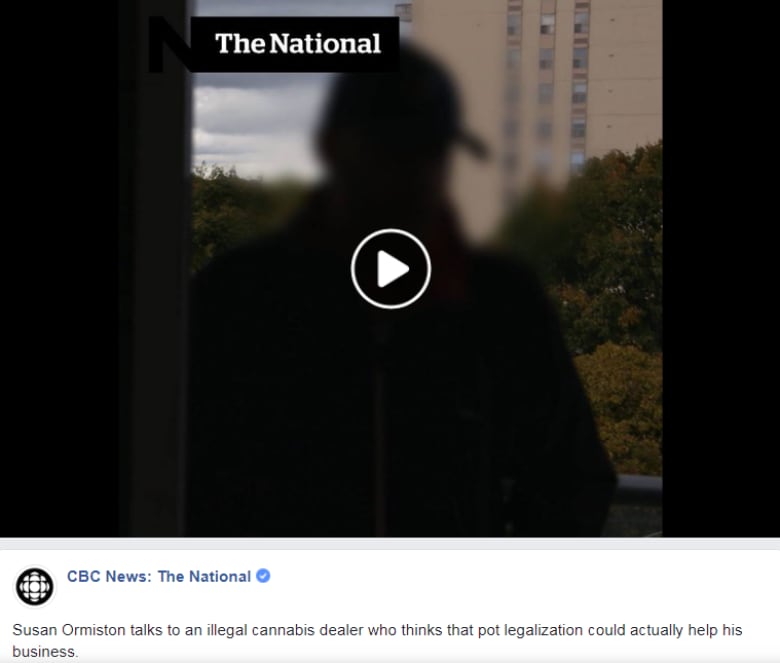 – An excerpt from a victim impact statement prepared by Debbie Mahaffy, the mother of Leslie, one of Paul Bernardo’s victims. The convicted schoolgirl killer is seeking parole at a hearing inside his Bath, Ont., prison today. 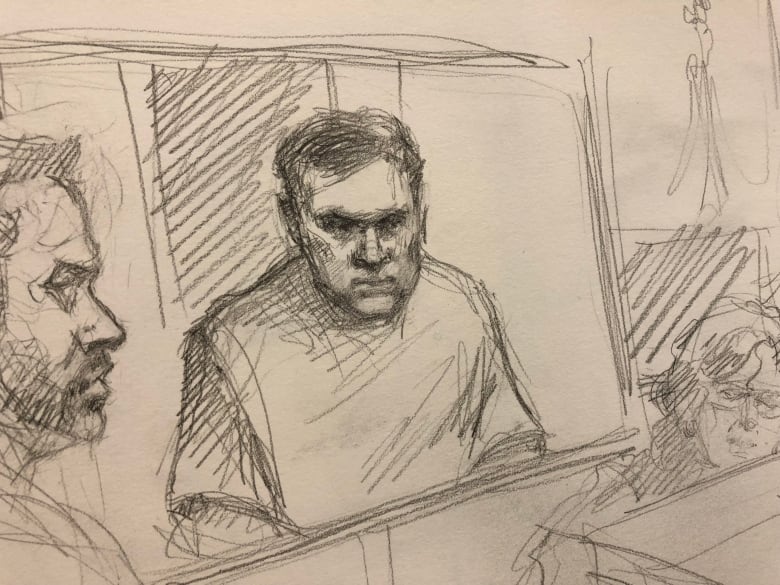 Paul Bernardo in a May courtroom sketch. (Pam Davies)

The Winnipeg-born son of a butcher opens up door numbers one through three on his life, showing off his golf swing, pool game and his exquisitely panelled rec room. “We are in the entertainment business,” the famed game show host explains. “And I’d rather give [the public] good Let’s Make a Deal, than bad Shakespeare.”

2018-10-18
Previous Post: There are many questions about the Mark Norman affair but Tories keep asking the same one
Next Post: Bargain price oil: How long will it last?