By: News
In: News, News/Canada/Edmonton
With: 0 Comments


Gail Appelgren has been denied access to public swimming pools and detained at the airport.

In grocery stores, she has been told not to touch the fruit.

Thousands of tumours cover her body. Strangers can be cruel.

“I’ve had people circle me at Costco, and pray over me in the middle of shopping,” Appelgren said in an interview Friday with CBC Radio’s Edmonton AM. “I’ve had people call me ‘wart face.'”

“A lady, while I was waiting for coffee the other day, said, ‘When you die and see God, you won’t have those bumps and you’ll be beautiful.’

Appelgren and her husband Tim Golumbia both have neurofibromatosis (NF), a rare genetic disorder which attacks the nervous system and causes tiny tumours to develop all over the body.

Only one in 3,000 people will inherit the progressive condition.

The Edmonton couple are sharing their stories with the hope of reducing the stigma around their condition.

“We are not contagious,” said Appelgren, a retired social worker. “Please do not be afraid of us, even though we look like we have something scary.

“I have appreciation for people’s reactions, that they come from a place of fear, and that’s part of the reason we want to get out there and share this.”

Many people with NF avoid leaving their homes out of fear of being ridiculed by strangers, Appelgren said.

She wishes people would ask about her condition instead of recoiling.

“It creates a lot of anxiety and depression in people because of the reaction and the fear of being stared at or being called names.

“I want to let people who have NF, you’re not alone.” 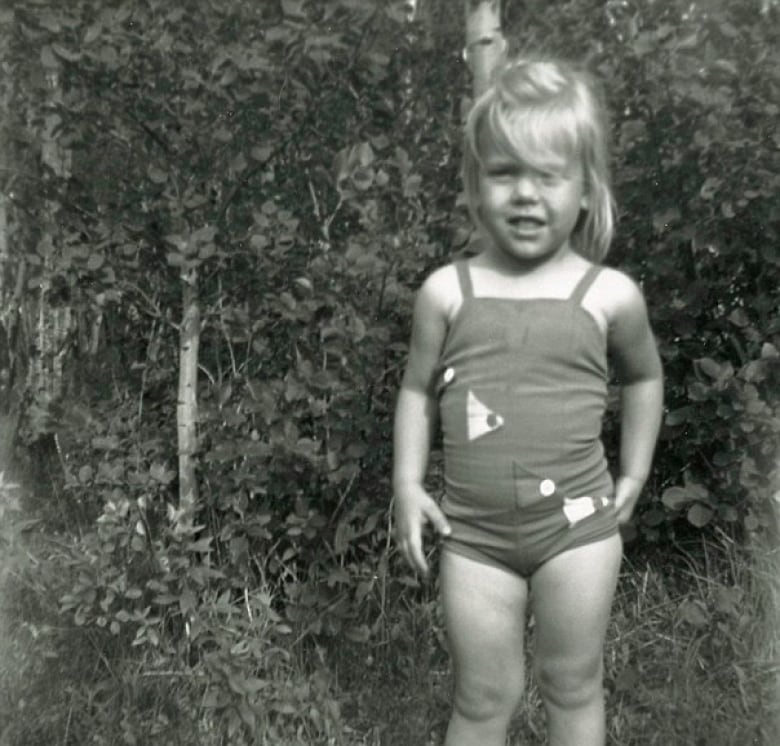 Gail Appelgren as a young girl. She began showing symptoms as an infant but wouldn’t receive a diagnosis until she was 14. (Gail Appelgren)

Appelgren, 57, began showing symptoms as an infant. At 14, as a large tumour on her chest grew to an alarming size and the bumps on her skin began to multiply, her condition was finally diagnosed by her family doctor.

“When I was born, I had a tumour or a mass on the left side of my chest and it grew as I grew,” Appelgren said.

Despite numerous surgeries to remove the mass, it kept growing back. Appelgren said each operation was risky and she nearly died from blood loss during one procedure.

She now has hundreds of thousands of tumours. They cover every inch of her skin.

Tumours caused by neurofibromatosis are usually benign but related medical complications can be painful and life-threatening.

There is no cure and medical treatment is minimal.

Appelgren continues to have multiple procedures each year to manage her pain. The mass on her chest eventually became so large, she had to have some of her ribs removed.

“I’ve probably had about 40 surgeries over the years to have the tumours removed,” she said. 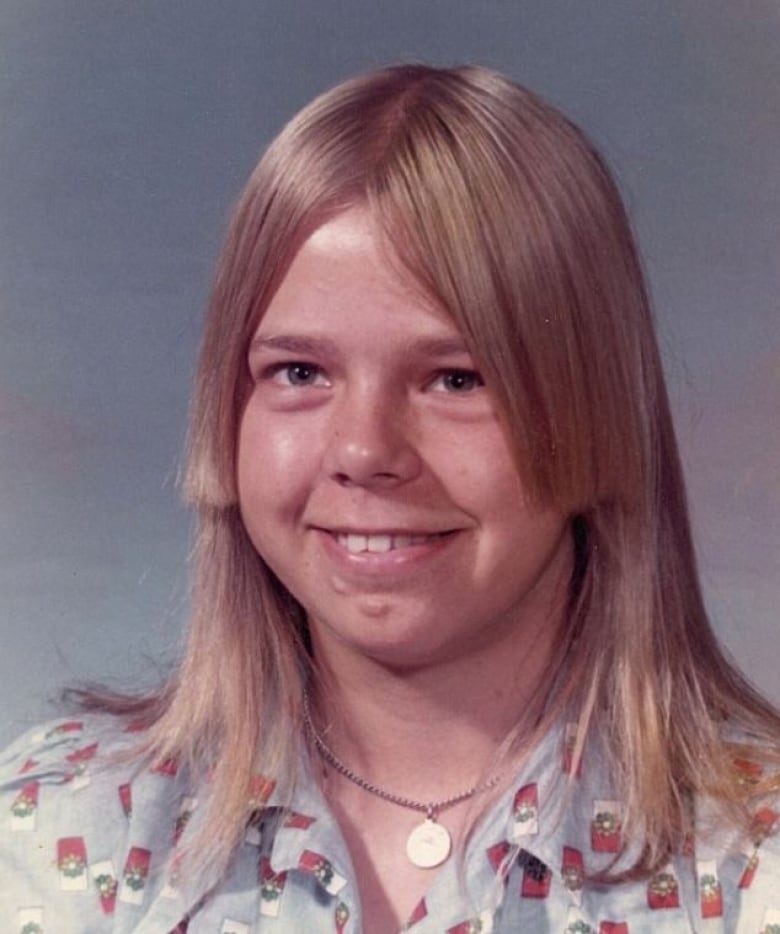 Appelgren and Golumbia got together thanks to a little luck and a matchmaking colleague.

In 2010, Golumbia, a social worker with the Alberta government, was working in Nanaimo, B.C., when he made a call to the children’s services office in Edmonton about a case.

When he mentioned that he used his bumps as an icebreaker during his work with young children, the woman on the other line was intrigued.

The woman had worked with Appelgren for years and was always trying to set her up on dates. 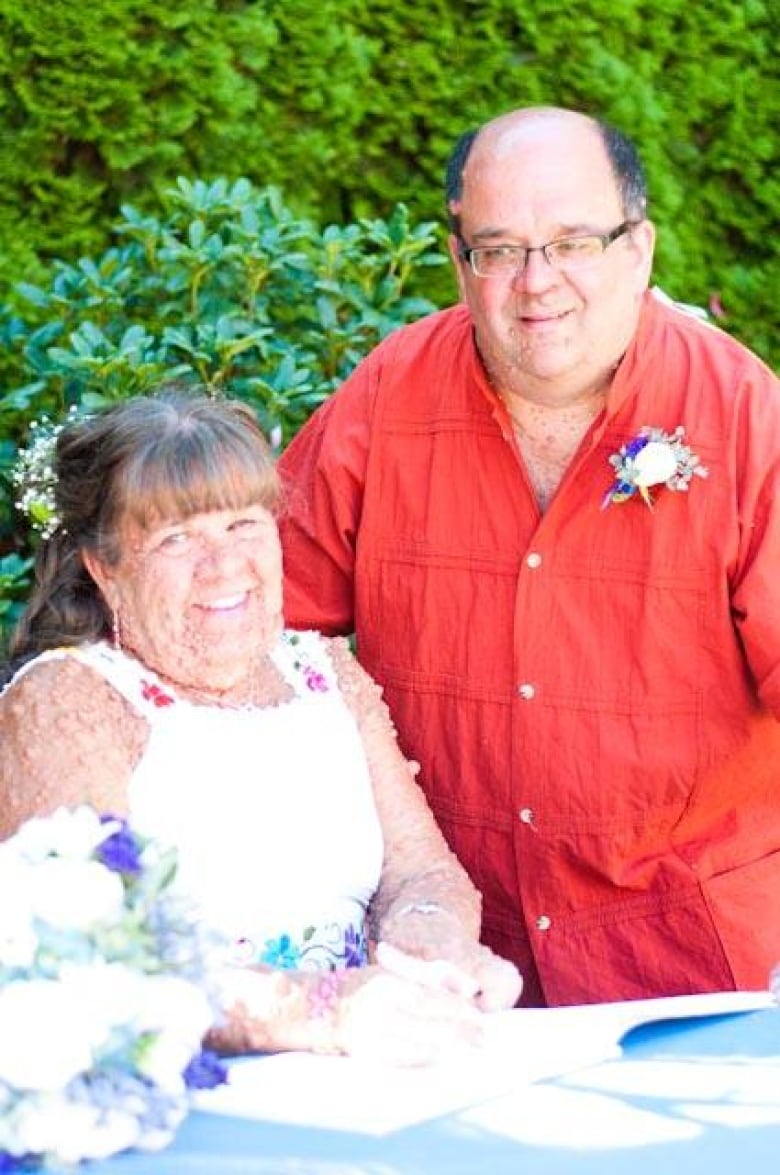 After meeting through a matchmaking colleague, Appelgren and Golumbia were married in 2014. (Gail Appelgren)

Soon, the would-be matchmaker was barging into Appelgren’s office, with her thumbs up.

“She came running,” Appelgren recalled. “She had Tim’s name written down on a piece of paper with the word neurofibromatosis.

“She said, ‘I know I tried to fix you up one other time and it didn’t work out, but I have a good feeling.

‘He’s about your age, he cheers for those Roughriders like you do, he’s from Saskatchewan, I think this is going to work out.'”

Appelgren and Golumbia spoke over the phone the following day.  A month later, Golumbia sent her flowers and they arranged to meet.

“We talked every night, for an hour every night, and we found out that we had so much in common,” Appelgren said.

“We worked at some of the same places at different times, went to the same school in Saskatoon, drove the same vehicles, had Coca-Cola collections.”

They were married in August 2014. Golumbia proposed by serenading her with Annie’s Song, an ode to their shared love for songwriter John Denver.

The people who know me don’t see the bumps anymore.– Gail Appelgren

Golumbia, 55, said his wife has never let her condition affect her confidence. She doesn’t cover up and refuses to hide away.

It’s one of the things about her he loves best.

“She lies on the beach with a bathing suit on and doesn’t care what people say, look or do,” Golumbia said.

Appelgren credits her husband and friends for allowing her to see past her bumps.

She hopes, with a little understanding, others will be able to do the same.

“The people who know me don’t see the bumps anymore,” she said. “They just see Gail, which is what I see. When I look in the mirror, I don’t see them.”

2018-11-03
Previous Post: Wait at least a year before conceiving another baby to minimize health risks, new study suggests
Next Post: Scientists plan to map genes of all complex life on Earth