Clean your bong, pass it along and other expert tips on cannabis etiquette


Emily Post might not have been thinking about cannabis when she wrote down the rules of etiquette, but that doesn’t mean you should throw manners to the wind if you dabble in legal weed.

Experts say the rules aren’t as rigid as the doctrine of the dining room, but there are still ways to be polite — and, gasp, impolite — when you’re using cannabis, especially if you’re doing so in a group.

If you’re a longtime cannabis user, you can probably skip this one. But if legalization has you curious, or you just want to brush up, here’s advice from three experts on how to use pot politely.

Joel Carleton, who studied cannabis sommelier work at Colorado’s Trichome Institute, cautioned against putting too much weight on the well-worn “puff, puff, pass” rule, which he said is tied up in stereotypes.

But the principle of sharing cannabis is sound, he said.

“If someone passes you a pre-rolled joint and it’s intended to be shared and you smoke it all yourself — that’s usually the uncool thing to do.”

When it comes to passing to the left — a widely known rule immortalized in tunes by Musical Youth and Mighty Diamonds — Ryan and Carleton agree it’s OK to deviate.

“You can go in a zigzag in some social circles and that’s fine,” Ryan said. “It’s certainly a way to look at it, though.”

Passing to the left is a well-known adage, but the experts say it’s OK to pass in other directions, too, if you remain consistent. (Evan Mitsui/CBC)

Andrew Gayman, etiquette expert and director of the Toronto-based butler and household manager school Charles MacPherson Academy, said direction may not be important, but consistency should be.

“It’s just sort of a predictable, orderly way to do it,” he said, much like the rule in dining etiquette where servers present food from the left of the diner and clear plates from the right.

With that in mind, if a group starts passing a joint to the right, Gayman said it would be better manners not to correct the pattern once it’s started.

The real deal on Cannabis 101? Be respectful of others’ experiences, be courteous when using and if you don’t know something, just ask.

If you’re invited to a social event and you want to bring cannabis, the experts say it’s best to run the idea by the host beforehand if you’re unsure of their stance on it.

There could be other issues to consider, Ryan said, including the possibility kids will be there, or if the host knows some guests don’t want to be around the drug. 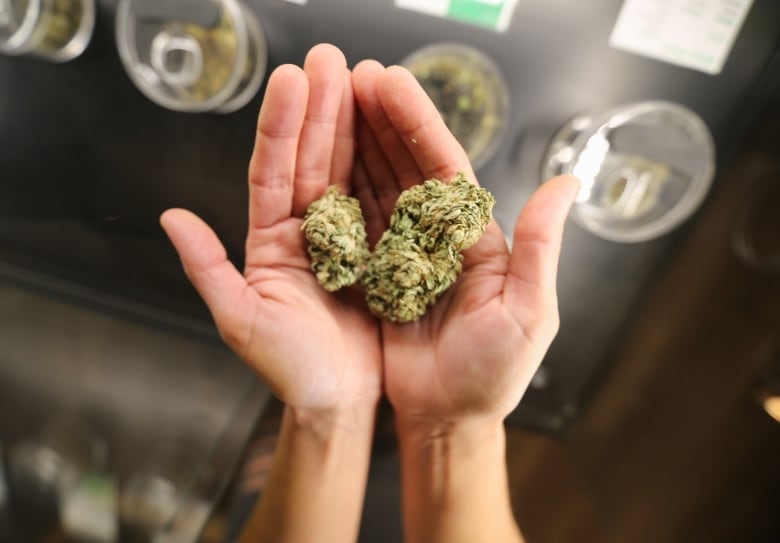 If you’re invited to an event and want to bring some marijuana, the experts say it’s a good idea to clear it with the host beforehand. (Martin Trainor/CBC)

If you do bring marijuana to the event, ask your host where the best place to smoke is and don’t leave a mess.

“I think it’s perfectly fine to be up front about what you’re planning on doing,” Gayman said. “And I think there is something gracious about inviting people to join you, but … not from a pressure standpoint.”

The rules of discretion are more important if you’re smoking your cannabis than if you’re using it in a less obtrusive form like an oil. You don’t want to cause your host problems with neighbours or roommates, or bother fellow guests.

Watch: Why it’s important to know what’s in your marijuana

When it comes to cannabis, there are a wide variety of weed strains to choose from — but is it all marketing spin or is there actual science behind the development of each strain? With the legalization of recreational marijuana on the horizon, it will be important for people to know what’s in their weed 9:44

Whatever you bring, label it clearly: Different types of cannabis will impact people differently.

“If you have a highly potent strain, it’s best to let everybody know that,” Ryan said. If you bring an edible, make it clear there’s cannabis inside.

Gayman said an easy option is to hold on to federally marked packaging detailing THC and CBD content for others to check out.

If you’ve got a cold or you don’t want to share germs, it’s not rude to bring something for yourself and something for the group.

Be prepared and keep it tidy

So you’re throwing a party and you want to offer cannabis. What’s a gracious host to do?

When it comes to paraphernalia, the classiest among us may want to upgrade our serveware, Gayman said.

“Similar to how you got rid of all of that, you know, mismatched glassware from your college or university days and you got yourself a proper set of wine glasses or beer glasses … I think there’s lots of modern, very attractive gear that you could get now to serve cannabis,” he said.

Whatever you’re setting out, keep it properly cleaned and maintained, he said.

Carleton said you might be able to make your old stuff look new again with a little elbow grease and isopropyl alcohol, which is available at many pharmacies.

Short of that, Carleton said a dedicated host could also simply buy a pack of rolling papers — you can get 100 sheets for about a dollar — and keep it on hand.

And if there are new users there, it’s considerate to keep tabs on them throughout the evening.

And, most importantly, make sure none of your guests drive home under the influence.

Be discreet when posting about cannabis use with your friends. There are many reasons somebody may not want images of themselves using cannabis online, Gayman said, including job hunting.

“This isn’t necessarily the time to be documenting everything on your Instagram story, unless you have … the consent of everyone that’s sort of enjoying it with you.” 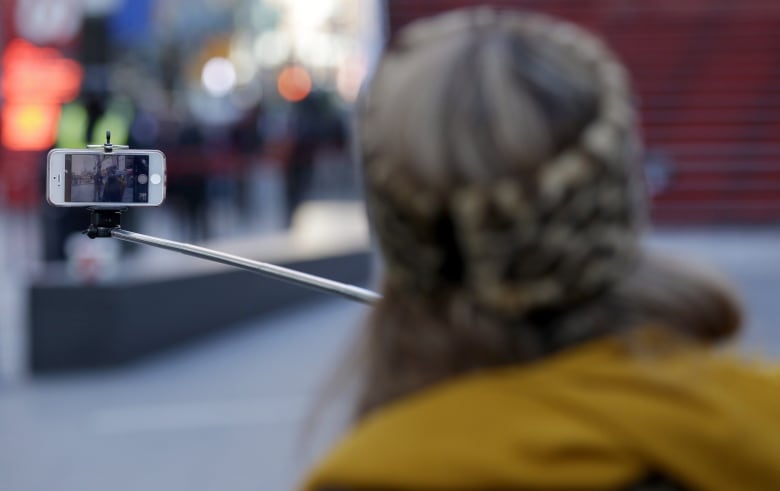 Before you post a group selfie of you and your friends using cannabis, ask if that’s OK with everyone in the image. (Seth Wenig/Associated Press)

Carleton said many professionals wouldn’t want images of themselves surrounded by beer bottles — even if they didn’t drink them themselves — and the same is likely true of cannabis for those people.

“It’s putting someone out there when they might not have been wanting to go out there themselves,” he said.

It comes down, once again, to the rule of thumb: If you don’t know, just ask.