Former British foreign minister Boris Johnson called again on Sunday for U.K. Prime Minister Theresa May to change course on Brexit, accusing her of forcing through a deal to keep the country locked in the EU’s customs union in a “total surrender.”

It was the latest call by Johnson, a key figurehead in Britain’s campaign to leave the European Union, for May to drop her so-called Chequers plans in favour of negotiating a clean break with the bloc and securing a free trade deal similar to the one the EU recently sealed with Canada.

His comments come days after his brother, fellow Conservative lawmaker Jo Johnson, resigned as a transport minister over Brexit.

Boris Johnson said he agreed with his brother that the Brexit talks were “the biggest failure of U.K. statecraft since Suez” when Britain lost control of the waterway in the 1950s.

“I really can’t believe it but this government seems to be on the verge of total surrender,” he wrote in his weekly column in the Telegraph newspaper.

“I want you to savour the full horror of this capitulation … we are on the verge of signing up for something even worse than the current constitutional position. These are the terms that might be enforced on a colony.”

U.K. Prime Minister Theresa May, left, has faced scathing criticism from Johnson since he resigned from her cabinet in July, citing divisions over May’s Brexit plan. (Peter Nicholls/Reuters)

Johnson accused the government of being unable to negotiate a way to end unilaterally a so-called backstop arrangement, designed to prevent the return of border controls between the Northern Ireland, which is part of the U.K., and EU member Ireland.

Such a failure would turn Britain into “a vassal state” until the bloc decided to move on to trade talks, he said.

“It is frankly hard to see why they should,” he wrote, adding that May’s Chequers plans, named after her country residence, were very much alive despite widespread criticism.

“The essence of the idea — that the UK should remain in the customs union and the single market for goods and agri-food — is what the backstop entails. And you can be absolutely sure that this idea will be at the heart of the ‘deal’ that I have no doubt the prime minister will shortly and magically secure.” 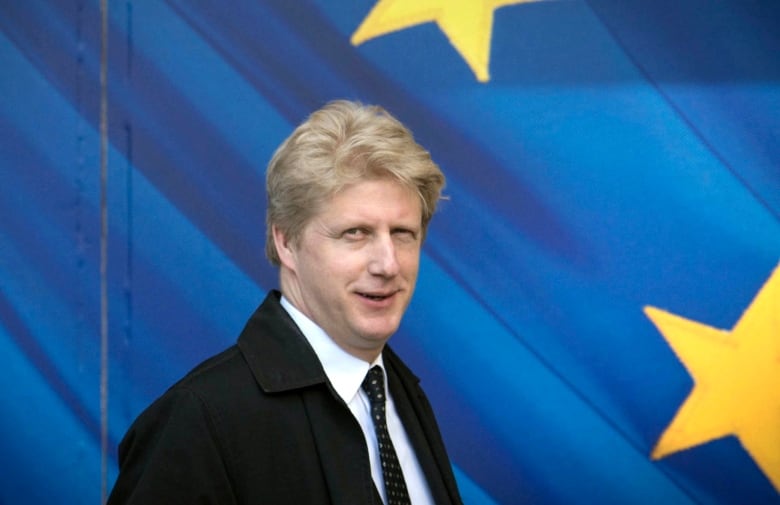 Jo Johnson stepped down as transport minister on Friday, blaming differences of opinion with May on how Brexit negotiations with the EU should proceed. (Stefan Rousseau/Associated Press)

Johnson’s latest Brexit-related missive to May came on the same weekend France and Germany’s leaders hailed the reconciliation and co-operation shared between European countries since the end of the First and Second World Wars and the creation of shared institutions such as the EU.

Johnson has long been rumoured to covet the keys to 10 Downing Street and has become one of May’s fiercest rivals since quitting her cabinet in July.