By: News
In: News, News/Canada/Calgary
With: 0 Comments


An alleged white supremacist who was kicked out of Alberta’s United Conservative Party found a new political home in Maxime Bernier’s fledgling People’s Party of Canada — at least briefly.

Adam Strashok’s name has vanished from the membership list on the “People’s Network — Alberta” Facebook page, along with virtually all other evidence of his previously active life on social media.

But a cached version of the page from mid-September shows that he had joined the party and signed up two others.

A party spokesman did not directly answer when asked if Strashok is still a party member and, if so, whether his membership would be revoked.

A spokesperson for the People’s Party of Canada, led by Maxime Bernier, declined to say whether Stroshok’s membership would be revoked. (Justin Tang/Canadian Press)

“I can tell you he has not been elected to any interim EDA [electoral district association] board and, as far as we know, is not involved in organizing,” Martin Masse said in an email.

In a bid to insulate itself from extremists, the People’s Party is asking all members of its riding associations across the country to sign a pledge promising that they “have done or said nothing in the past and will do or say nothing in the future that would embarrass the party.”

But Masse said that vetting system applies only to riding-association board members, “not to our 32,000 members or to the thousands of people who’ve been attending a meet-up or commenting on Facebook.”

However, he added: “We’ve always been very clear that anyone with extreme views was not welcome in the party.”

Asked again whether the People’s Party would cancel Strashok’s membership should it discover he is still a member, Masse said: “I repeat: We’ve always been very clear that anyone with extreme views was not welcome in the party.”

The Canadian Press couldn’t reach Strashok to ask him about his party affiliations.

Kenney, who had employed Strashok to run his call centre during the UCP’s leadership contest last year, issued a statement saying he was “shocked and disturbed” by the reports. He said he’d been unaware of Strashok’s “extreme views” and had instructed party officials to revoke his membership.

It appears that at least until last August, when Bernier split with the Conservatives to form his own party, Strashok was actively involved with the federal Conservatives. 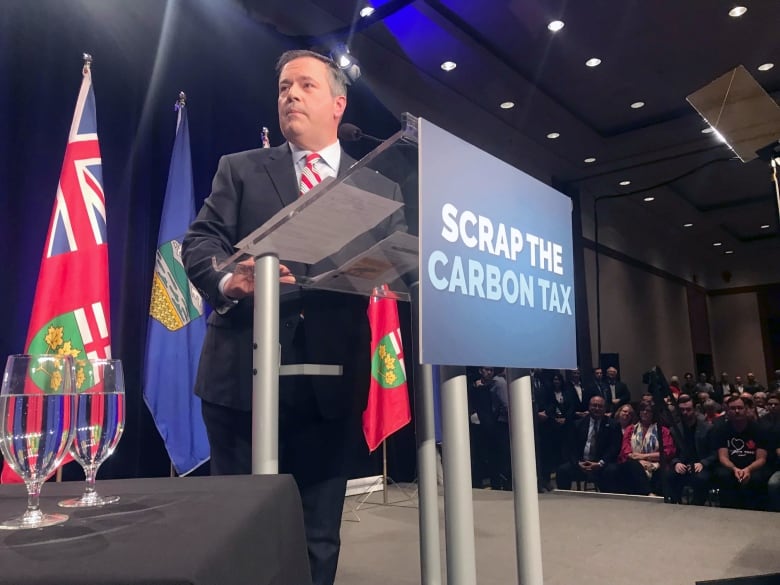 He had served on the executive of the party’s campus club at the University of Calgary and worked for Calgary MP Bob Benzen. He spent a summer working as an intern for Calgary MP Michelle Rempel when she was minister of state for western economic development and posted photos of himself with groups of Conservatives, including Rempel, Benzen and MP Blake Richards.

Conservative party financial records filed with Elections Canada show that Strashok donated $290 to the party in May 2016 and $532 in June of this year. Party spokesman Cory Hann said those donations were the registration fees paid to attend party conventions — the last one held in Halifax in August.

Hann said Strashok’s views “obviously do not reflect the views of our party.”

“These views are not welcome in our party and had we been aware of them, we would never [have] allowed him into our party, neither as a volunteer nor as an intern.”

Hann added that Strashok is no longer a member of the Conservative party “and my understanding is he’s been organizing for Mr. Bernier in Alberta.”

Rempel confirmed that Strashok, who lived in her riding, was hired as an intern in her regional office — to the best of her recollection, in the summer of 2013. His job would have been akin to “shredding photocopy paper,” with access to nothing confidential, she said.

He also served briefly on her riding-association board until summer 2015, when some executive members became aware of some “questionable” social-media posts.

“The minute we became aware of this, he was asked to resign and he did,” Rempel said. “I have a zero-tolerance policy on any sort of anti-Semitic language, like more than zero-tolerance policy. That is completely unacceptable and there is no place for that type of language and I denounce it in the strongest possible terms.”

Benzen said Strashok was an intern in his Calgary office in 2017 after he won a byelection and first became an MP. Strashok helped with research to get him up to speed on federal issues, Benzen said.

“I can tell you there were no indications at all, in either his conduct or his conversation, of the views now attributed to him. Such views are unacceptable and would never have been tolerated had they been known,” Benzen said in an email.